Decent deal, but especially nice that it isn’t an add-on item.

Amazon product: Paper Mate Write Bros. Stick Medium Tip Ballpoint Pens, 10 Blue Ink Pens (Packaging May Vary)
Customer Reviews:
Both my roommate and I are Cyber Savages. We require, every so often, to jot something down on paper with an ink pen. This leads to difficulties. | First, all working pens have the tendency to escape through an undiscovered portal into a world where pens are free to spin out their ink in words and designs of their own choosing. This leave us to sort uselessly through the detritus of pen cadavers and remains, | Further, the pen companies have persuaded us that what we write becomes, in some way, more literate, more poetic, the finer the line of ink; therefor, most pens come with a 0.5 or 0.7 millimeter width point. These fine point pens show a remarkable tendency to jam up after the first word or two, leaving the writer with a short stick with one fine pointed end suitable for stabbing, and a real desire to stab something. | Also, they have introduced pale colored ink, which is, I admit, pretty, but is less than useful at contrasting with the many equally-pretty colored writing papers available. The pale colored ink combined with the fine pointed pen in the hands of a necromancer able to keep it writing, leaves a pale spidery text which is difficult to read, no matter how well-formed his handwriting may be. | The “Paper Mate Write Bros Ballpoint Pens, Medium Point (1.0mm), Black, 60 Count” pens come with a rich black ink that is ideal for writing over any color, except those black redaction marks which show up on documents released by a Freedom of Information Act request. This is the worst thing I can say about this pen, at a time of political crises such as we are experiencing, this pen is totally apolitical. | The pen has a 1.0 millimeter wide point, which rolls out a nice thick line that is visible, and if the writer is literate, useful for communicating digits with coeds not permitted access to their smart phones and professors whose fading eyesight is somehow the fault of their students. And it continues to write for some time after the first word. Short longhand notes are possible, several even. Indeed, it is the speed of disappearance of all working pens, rather than longevity, which makes it difficult to say how long this pen continues to function. | Finally, even pen evaporation is addressed, since this pen comes, 60 at a time, in a cardboard box which can be stored on a special utility shelf and released into the wild one at a time. In that way these pens could be conserved for one, two, maybe even three months (but not four, let’s not fall prey to delusions). And at the price, a bargain, considering the length or writing pleasure, the reduction of fraying upon one’s temper, and the damage done to one’s office/desk/writing space when no working pen can be found and one becomes rather stabby with the useless, pointed (non) writing tools. | To sum up, this is a good deal for cyber savages. 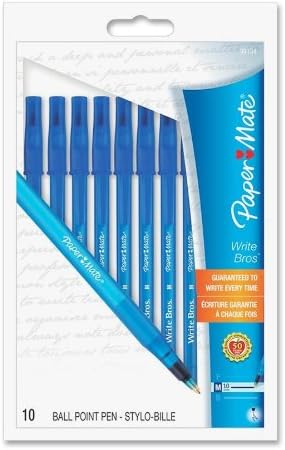