They haven’t been less than $249 according to camel, but not sure of the coupon is incorporated into the pricing history.

Save an extra couple bucks with rakuten too!

Amazon product: Logitech G Pro X Wireless Gaming Headset with Voice Technology, Black
Customer Reviews:
To start off I’m an audiophile, I preffer open back headphones and I usually just use a headset around my neck when playing games, but god damn, the sound quality on these. So I used to use the Sennheiser Game One but decided to pick up Logitech’s new closes back pair due to positive reviews, so let’s get into it. The sound quality is actually very good and a lot better than I excpected, I’d say it’s comparible or even better than the Audio Technica ATH-M40x which does have better quality than the M50x which was impressive and this was without software. The mic quality without software was overall meh though, but once I tried the VERY user friendly Logitech software, here’s what happend. I managed to make the mic sound like a Blue Yeti in terms of quality, which is really saying something, the yeti is an expensive microphone and having a headset microphone that good is damn impressive. Now the sound quality isn’t quite as good as the Game One because open back will always sound better IMO but it’s still worth it for the amazing microphone, but an XLR microphone with a mixer will always sound better. The cable is DETACHABLE! An attached cable is always a deal breaker for me when buying headsets or headphones and a lot of gaming headsets don’t have detachable cables so good on Logitech for that, and unlike most companies who supply us with rubber cables, Logitech gave a braided cable which my cat doesn’t not like to chew unlike the rubber cables of the Game One where I went through 3 cables. Overall amazing purchase and I’d say the microphone is even good for streaming but you should use an XLR for streaming, 10/10 headset and when it inevitably breaks like all pieces of technology do I’ll probably buy another. 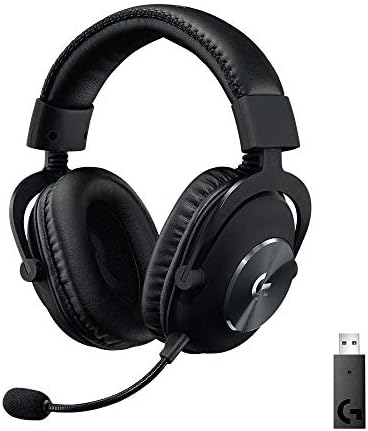