Not the lowest price ever but nice price considering the current price spike on a great SSD.

This one, contrary to the 1TB WD Green of earlier today, has DRAM and much better performance.

Another advantage of the MX500 series is the Integrated Power Loss Immunity that preserves your data if the power unexpectedly gets cut.

“They have [large capacitors] on board, and in the NAND chips themselves, so that the SSD has time to detect that voltage to it is falling, write whatever it is in the middle of writing, and shut down, with no corruption resulting. Whereas, other SSDs (and HDDs) will do who-knows-what, and then try to roll their state back by some amount of seconds, instead. They all try to prevent the worst problems, but many of them just up and stop doing anything, then pick up the pieces on the next startup, rolling back to previous state.” 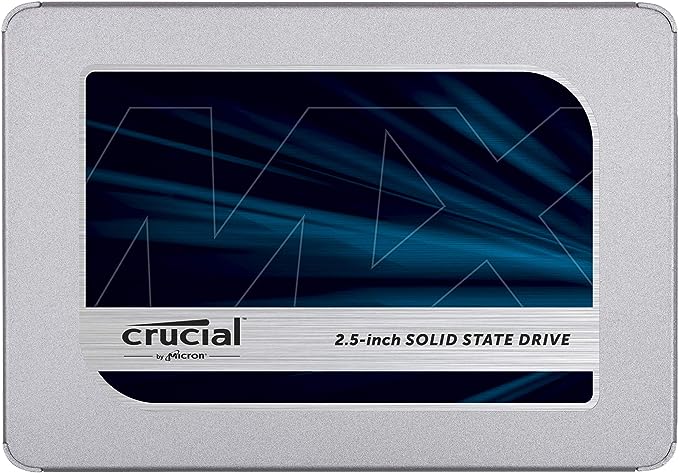 Customer Reviews:
After installing the Crucial MX300 1TB 3D NAND SATA M.2 (2280) Internal SSD – CT1050MX300SSD4 and cloning it with my HDD drive in my new HP Envy 17″ laptop I swamped out the original HDD and replaced it with this Sata drive as a backup drive. It is totally amazing. Speed is out of the world. I would never be able to go back to a HDD again. The install was simple using Crucial software and instructions available on their website. I highly recommend this product. | Well after 4 months the drive crashed, now what? No way to return to crucial according to their website – will Amazon cover it, not sure – will give it a try and update this again later.