This is the slim version of the series.

This is the bare bones set of the series. But you still get the 3 seasons of the series. It’s also a relatively slim set considering how many discs are in it.

The Blu-Ray version is $39.99 (which is still a great deal imo because of the quality of the show), but it’s definitely been cheaper before.

Edit:
Me personally, I actually bought this back when it released back in Oct 2015 for $32.99. Still worth it.

Amazon product: Avatar: The Last Airbender: The Complete Series
Customer Reviews:
Avatar is a good North American cartoon done in Japanese anime style animation. The characters are mostly likeable other than those you are supposed to dislike. The plot progresses through the three major arcs or “books”, with each arc having a different villain and obstacle to Aang truly becoming the avatar, with mastery of all four elements. This series has a sequel of sorts in the series Korra, which I bought on blu-ray at a good price. Highly recommended.. 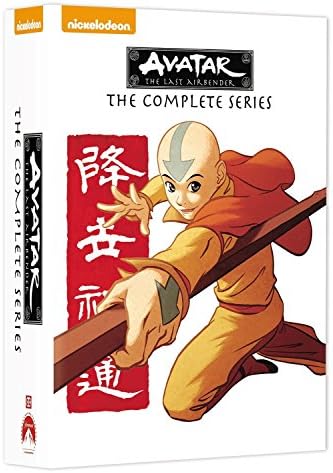